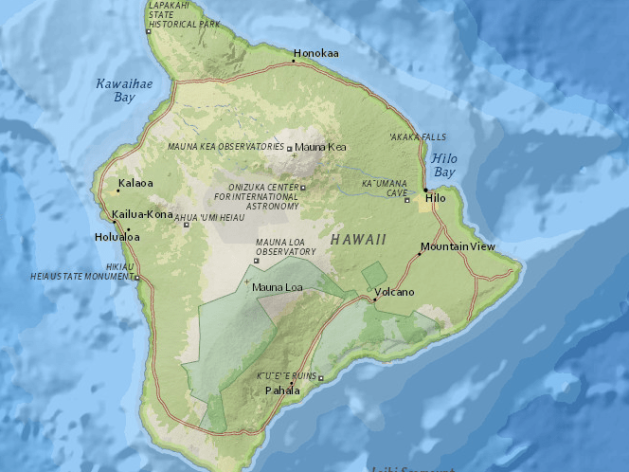 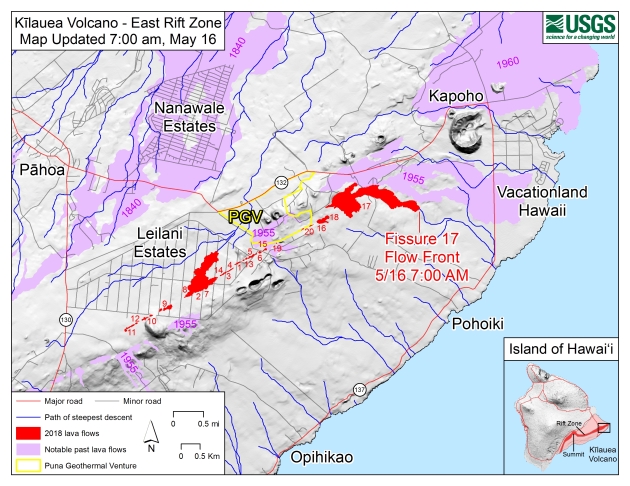 Kilauea is a separate volcano grafted onto the side of Mauna Loa and has it’s own magma supply from 60 miles below. They are not well connected as Kilauea is just piled onto the side of Mauna Loa, so the whole thing could slip free! The East and West Rifts are the result of movements as the mass of overburden accumulates. As can be seen on the sea floor this has happened before and will happen again.

Watch this simulation of the area in question!

[https://youtu.be/VvMUJKFjAiA]
This already started in 2000 and is getting worse. The present “New outburst” is Kilauea dumping it’s lava into the spreading crack, The “Pink” dust and red lava of the outburst was old wet decomposed volcanic rock of the crack remelting and being pushed out ahead of the new lava from the Kilauea vent lake. The people evacuated from the effected area are being moved down slope to a community on the coast! What the ####! If this moves sloooowly there would be time to evacuate. If a fast slip happens It could be BAD for everyone on the Pacific Rim. A 100ft tsunami at Long Beach.California! …pg

borrowed this from “Tallbloke”   thanks oldbrew,  ht 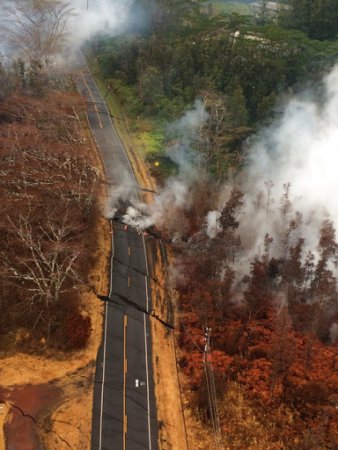 This Thursday, May 17, 2018, aerial image released by the U.S. Geological Survey, shows a view of ground cracks on Pohoiki Road during an overflight of the eruptive fissure area at about 7:00 a.m. HST near Pahoa, Hawaii. Cracks continued to open and widen, some with horizontal and vertical offsets, in the area during the past 24 hours. These cracks are caused by the underlying intrusion of magma into the lower East Rift Zone in the Big Island of Hawaii. (U.S. Geological Survey via AP) [bold added]
.That “slump” has created a crack or void that is filling with melt and magma from the Kilauea main vent. As soon as the voids are filled and the main vent begins to refill, it will hydraulic the crack and push or lift the top of the slump. There will be quake swarms as the slump starts to travel. This is a huge train and will take time to get it rolling. Look for increased elevation of lava fountains at the cracks as a first warning of the voids being full, the main vent beginning eruption out burst as it refills.
I would be monitoring deformation just below that fault or fracture line for both linear and elevation changes. The deformation of the road illustrates the spreading as the slip moves.
This may be a false start or might become a Pacific coast disaster of massive proportions. This could take a few days or even millennia if the magma chamber fails to refill before cooling freezes the intrusion and temporarily locks the slip. I fear the worst…

There is Geological evidence of 200 ft Tsunami Waves all up and down the Pacific Coast.
I just talked to a friend that gathers interesting information. There are psychic indications of some major disaster, financial/physical, around September.. .pg

these will open new tabs to latest maps 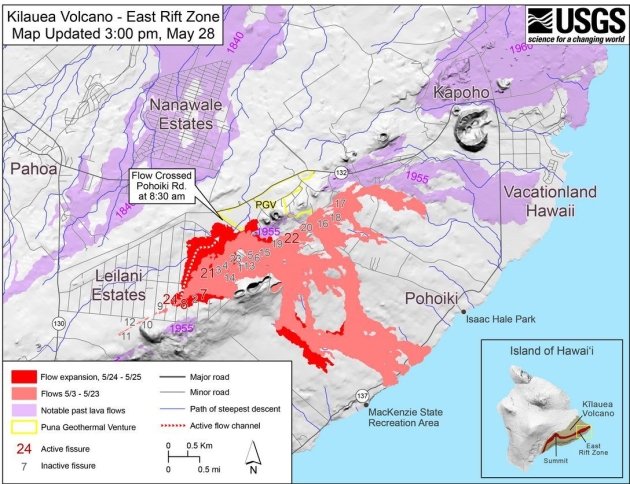 added 28 may 2018. Looks like PGV is about to be covered as it is now the lowest area down stream from  the most active vents. 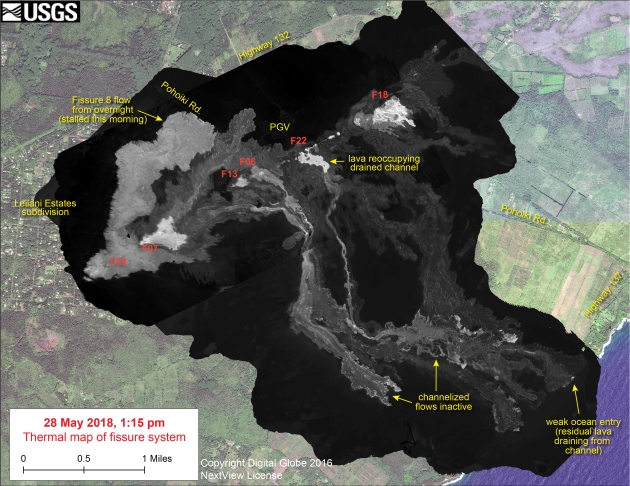 Thermal image created from pixelation of helicopter over flight data. Dark pixels are cold, white are hot    From the stitch together this looks to be of 2 flights. 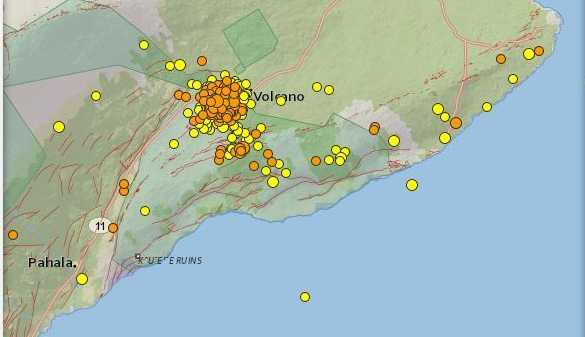 Earthquake map above, for the week of 28 May 2018. Orange indicates latest quakes, Yellow, are the earlier quakes of this week. The size of the blips indicates the quake force. The red lines are surface fractures. The lava outflows are taking place just below the fork in the road in the pictures upper right corner. That band of quakes just to the southeast of the volcano is the head of the slip…pg

The Little Ice Age Was The Coldest Period For 10000 Years

NOT A LOT OF PEOPLE KNOW THAT 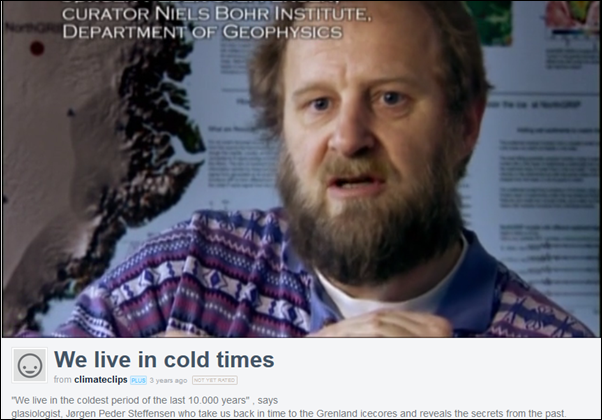 Jørgen Peder Steffensen is Associate Professor at the University of Copenhagen and one of the world’s leading experts on ice cores. Using ice cores from sites in Greenland, he has been able to reconstruct temperatures there for the last 10000 years. So what are his conclusions?

We started to observe meteorology at the…